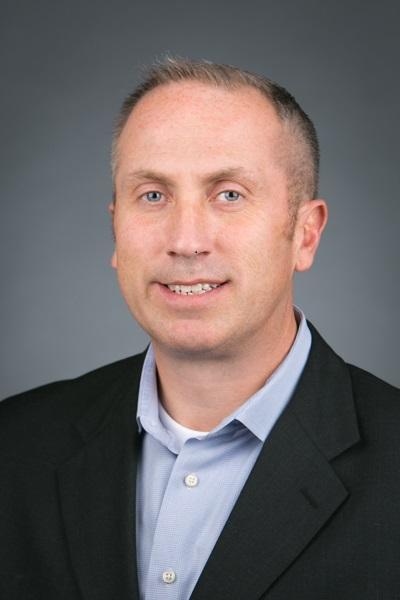 “We were blessed to have had a remarkable list of exceptional and really qualified applicants for this position,” said Valadie, “but we believe Mr. Gunn is the perfect fit for our school and this position. Not only does he have significant experience in athletic administration, but in corporate administration as well.”

“Matt (outgoing Athletic Director Matt Pobieglo) is going to be hugely missed here. So we were looking to find an individual who would sustain and build on the program that he is leaving,” Valadie added.

“Mr. Gunn has been a high school classroom teacher, a coach and a mentor to students in need. We believe his talents and experiences, combined with the incredible coaching ‘team’ that Matt has put in place, will lead and represent our program in the best traditions of Notre Dame High School.

“I don’t know how he’s found the time but Dusty also paints, draws and is a published children’s author. I’m really excited to see what lies ahead.”

Gunn comes to Notre Dame from having most recently served as Executive Director and Athletic Director for the United Team Sports Center Foundation in Athens, GA, where he managed this 40,000 square-foot facility constructed to provide a space for after-school and summer activities. He not only coached young people there but wrote grants and developed a Leadership Academy for area at-risk student athletes.

A former scholarship quarterback at Valdosta State University, he has taught Social Studies and was an assistant football coach for six years at Camden County High School in Kingsland, GA during which time they won back-to-back Georgia AAAAA state titles, earned a third trip to the Final Four and captured the honor of Team of the Decade as named by the Atlanta Journal Constitution.

He previously served as PE teacher and Associate Athletic Director at St. James School in Frederick, MD. Additional experience includes his having worked with Team SPARC, a national sports agency identifying and developing athletes for the National Football League.

Gunn earned a BA in History from the University of Maryland; a Master’s Degree in Sport Science from the United States Sports Academy with extensive post-graduate hours in Special Education from Valdosta State University.

In the business arena, he served four years as Executive Director of two different Senior Health Care Living facilities during which time his facility was named Chamber of Commerce Business of the Year and he was awarded the 2014 Georgia Senior Living Association “Hero Award.”